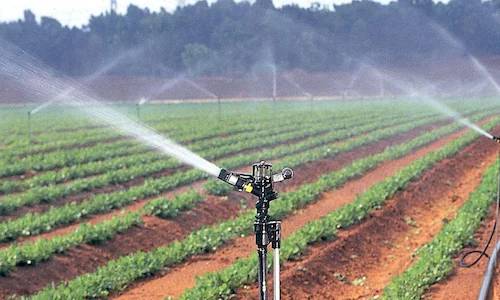 Kishor Kumar Jha had got substantial experience in helping manage other people’s wealth during his stint with two private sector banks. Having grown up in an agricultural family, he wondered how he could use his banking experience to help farmers, who earned money only during harvest time and which had to be spread out for the rest of the months.

He recollects his father just about getting enough wheat and paddy from his farm in Bihar’s Madhubani district to feed the family. Later, when the yield increased, his father had some surplus to sell in the market. But he was always at the mercy of the Arhtiyas or the middlemen. Farmers were eager to get rid of their stock immediately after the harvest. And, if they did keep it for longer in the hope of a better price, the Arhtiyas would be hard to get hold off. As a small farmer, you were always at their mercy.After graduating in physics from Magadh University, Kishor did an MBA from the Department of Management Studies in Savitribai Phule Pune University. He joined cement company ACC, where he was posted in Champaran district. It is here that he learnt a lot about the rural economy, rural marketing and supply chain. He then joined ICICI Bank and worked in various cities, including Bengaluru, where he learnt about retail banking and portfolio management.

“I used to work with customers, working with them on building discipline in savings and expenditure control. Then the idea came to my mind, can we also do the same thing with a farmer,” says Kishor. While in banking, Kishor was working with customers who had a regular income. This was not the case with agriculture, where farmers did not get a monthly income. He had to rethink his strategy and figure out how farmers earned money every month that they could save or invest. A tough ask, indeed.In 2012, he says, he realised that there has to be some kind of intervention in agriculture, but was not sure where to start. That is when it struck him that he could look at food grains as a form of currency. “Grain is currency, but it is highly perishable,” he says. It is volatile and has a shelf life. If he figured out how to manage the grain, then he had cracked the problem of managing farmers’ currency. Once he learnt how to manage the currency, then he was confident that he could do everything in terms of financial advisory and portfolio management for the farmers.

He decided to start off with his idea in Bihar. The advantage was that while a number of states had the APMC (Agricultural Produce Market Committee) Act in place, Bihar and a few others did not. Bihar produces nearly 12 million tonnes of paddy, wheat and maize.

According to Kishor, he decided to approach the issue as if he were managing the portfolio of a wealthy client. He would do a risk profile of the farmers, select a crop that had a shelf life of six-nine months, recommend a certain type of investment and see if he could generate alpha returns.

The six-nine month’s shelf life was important because that would allow them to reach out to a large number of buyers in the ecosystem and not be under pressure to sell as soon as the crop was harvested. Unlike fruits and vegetables, which need cold storage facilities making stock carrying expensive, the cost of stocking food grains is not high. All that is needed is a dry, well-ventilated warehouse and where the grains can be fumigated at periodic intervals.

Kishor picked up wheat and maize as the two commodities he would deal with. When Edelweiss Commodities sanctioned him a credit facility, Kishor quit his job and started Ergos Business Solutions in 2012 with Praveen Kumar. Kishor is CEO and Director, while Praveen is COO and Director of Ergos.

What does the company do? Ergos, says Kishor, is a grain bank that helps farmers convert their food grains into tradable digital assets, avail of credit against these assets from non-banking finance companies with which Ergos has tie-ups. It helps the farmers get a better price for their produce as the farmers are not under pressure to sell the grains immediately after they are harvested. The farmers now have the liberty of deciding when, how much and what price they should sell the grains.

“We decided that we will educate the farmers to not sell their commodity immediately after the harvest,” says Kishor. They convinced the farmers to store a few bags of grains, to begin with, in their warehouse, observe how the market behaves over the next five-six months, how the grain is stored and talk to the same middleman after a few months to see if they will get a price that was better than at harvest time. For the grains that the farmers stored with Ergos, the company tied up with a few NBFCs such as Samunnati, Grameen Capital and Ananya to give the farmers credit. The NBFCs were also keen to get into this space for the individual lending options it provided them.

Alongside, Ergos talked to millers and food processors, which had to shut down operations during the off-season as they had no grains to handle. Ergos told these millers and processors that it had a substantial quantity of food grains of good quality that they can use for milling. The millers and food processors got excited that they could run their operations in the off-season, while the farmers were happy that there was a market for their produce. With the grains securitised, the farmers are able to avail of credit from the lenders. Ergos, according to Kishor, has a digital platform through which the farmers can accept the price that is being offered and decide how much quantity of their grains they want to sell.

According to him, Ergos is present in 16 districts of Bihar, which alone has 10 million small and marginal farmers. In all, they produce about Rs 12,000 crore of wheat, Rs 4,000 crore of maize and Rs 9-10,000 crore of paddy, aggregating Rs 25,000 crore worth of food grains. After taking into account the domestic consumption, there is still about Rs 20,000 crore worth of grains that need to be managed. Even if there is a marginal increase in farmer income thanks to their intervention, says Kishor, it will result in a substantial difference to their livelihood and lifestyle.Ergos has set up about 150-grain banks so far and plans to have 450-grain banks by the end of this financial year, in Bihar and Uttar Pradesh. Each warehouse has a capacity of 700-800 tonnes. The company has raised about Rs 90 crore in equity from investors including Aavishkaar Capital, Chiratae Ventures and CDC.

Realising that farmers need more services, Ergos has started doing geo-tagging of their land. The company captures the field image at regular intervals, analyses the crop growth and advises the farmers on what is happening. The farmers can view the crop level data through an app on their mobile phones. “We are doing a lot of price analytics so that we can help the farmers understand how the prices will behave over 6-9 months so that they can average out their sales. This is something similar to a systematic investment plan in portfolio management. We call it a systematic transfer plan,” says Kishor.

With the price predictability offered by Ergos’ platform, the farmers can mandate how much of their holding can be auctioned at what intervals. Once the sale happens, the money gets transferred to the farmer’s bank account. The average holding period for the grains is 6-9 months. The average price is 20-25 per cent higher than the price the farmers sell at immediately after harvest. There are close to 60,000 farmers on Ergos’ platform, of which 20,000 have been using it regularly. Ergos charges the farmers a fee for storing their grains. It also gets its income from a fee charged on the buyers, and from the food processors for the procurement and trade facilitation on its platform. It also charges lenders a sourcing fee for getting them borrowers with securitised commodities.