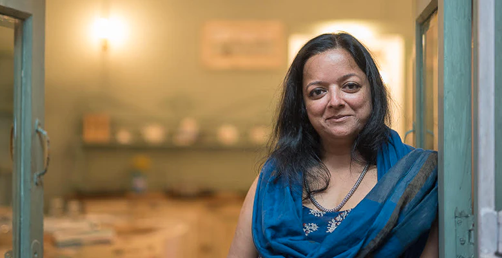 Aavishkaar Capital, the equity arm of The Aavishkaar Group, on Friday said that it has marked its third exit, through the full acquisition of lifestyle brand Jaypore by Aditya Birla Fashion and Retail Ltd (ABFRL). Aavishkaar was the only institutional investor in the company and had invested in the company in multiple tranches of primary and secondary investments between Feb 2016 and Mar 2017. Earlier this year, Aavishkaar had announced partial exits from Utkarsh Coreinvest Limited and from Ulink Agritech Pvt Ltd, which operates India’s largest farmer-engagement platform Agrostar. Both the companies were seeded by Aavishkaar as the first institutional investor. While making the acquisition, ABFRL said that ethnic wear is the largest segment in the Indian fashion apparel market. It added that although is has built a diversified portfolio of brands across segments, ethnic wear was under-represented in its offering.

Through its exit in Jaypore, the fund has earned 1.5X as a multiple on invested capital within this short holding period. Launched in 2012 by Shilpa Sharma, Puneet Chawla, and Arti Jesrani for the US market, Jaypore operated in the curated artisanal space, offering an array of women’s ethnic apparel, jewellery, accessories and home décor. In 2014, the platform launched its own private label. With in-house designers, it produces contemporary apparel exclusively using traditional, handwoven fabric, and textile embellishment techniques. In September last year, the Jaypore team had opened its first offline store in Delhi. The average order value at Jaypore is Rs 5,000, while the product cost is in the range of Rs 2,500 to Rs 3,000. Jaypore also marks Aavishkaar’s 30th exit across multiple funds. The Aavishkaar Group manages over $1 billion in assets under management across equity and credit. The Group’s shareholders include TIAA-Nuveen and Triodos Bank. Aavishkaar’s six funds, amounting to $400 million of capital, invested across Asia and Africa in growth-stage enterprises whose business models inherently create value for the aspiring segment of the population. Read more