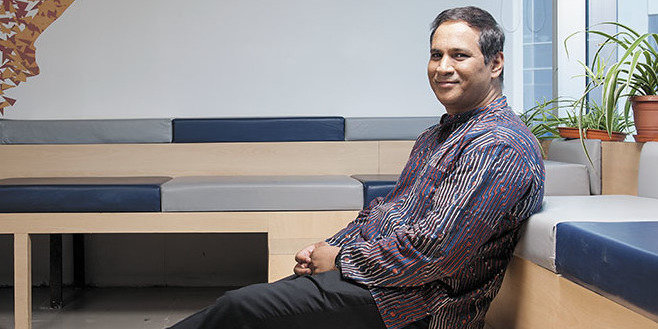 If you come and tell us you are trying to change the world, chances are we will not give you money,” says Aavishkaar’s Vineet Rai, deadpan. His venture equity funds, initially set up in 2001, and now worth almost $300 million have been steadily making investments across India’s low-income states, building enterprises, creating jobs and lifting people out of poverty. He continues, “Rather than you saying it, does your business show it? Then we will give you money.”

That’s not all. Rai dislikes being called an ‘impact investor’, that is, someone who invests with the intention of generating a positive social impact along with financial returns. “They [impact investors] carry a cross on their shoulders about changing the world. That’s not what we want. Our work is to make investments in distressed or difficult areas. If in the process the world changes, that’s great,” the 46-year-old tells Forbes India.

Rai’s story isn’t just about being contrarian. Instead, his is a story of extraordinary risk-taking and tightly-managed expansion. Consider Aavishkaar’s investment in Milk Mantra in 2011. The Odisha-based dairy company existed as a mere plan on paper at the time. And tilling of land or animal husbandry wasn’t commonplace in the rural regions of the state. At the front end, too, the organised procurement of milk in eastern India stood at 10 percent, compared to the national average of 23 percent, says Srikumar Misra, the Milk Mantra founder.

“Capital would generally never go there to create a dairy,” reasons Rai. But he sniffed an opportunity. Given the fairly large number of cities in Odisha, Rai knew that the demand for packaged milk was prevalent. If a local supply chain could be built, it would create employment for thousands in the state’s remote regions.

So he bought into Misra’s vision to create an “ethical sourcing model”. The first step was to tie up with banks to provide loans to farmers to buy cattle; farmers would then be trained to breed their cattle in a way that would up the output of milk; milk collection centres would be set up as would transparent payment methods so that farmers got their due. Packaging, distribution and retailing across Odisha was also part of the plan. “Our idea was to build the entire supply chain to overcome the trust deficit consumers have for perishable foods; milk is often thought to be adulterated or stale,” says Misra, adding that Aavishkaar put in about ₹5 crore of seed capital.