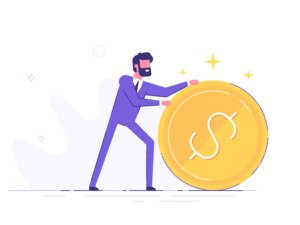 Over the last decade India saw a strong wave of startups, with a good number of them raising capital. Around 5200 startups received a total of $130 billion. Not many of them survived to see the end of the decade. Now that the song and dance of adrenaline pumped founders and investors is over and the dust has settled down, the Indian VC sector has emerged with some battle wounds but a great deal of collective experience.

Gaining experience can be much more expensive. Nostalgia of the dot com crisis which was led by fad based and speculative investing is still in the memory of the investor community. Rapid changes in technology fed by speculative money have a tendency to cause lethal bubbles. India’s investment story also saw such a technology shift, however, it came out unscathed in contrast. Many factors are making this an exciting time for early stage investing.

While the number of deals have gone down, the total investment value remains high. There is enough capital available for high quality deals. Venture Capital Investors are cutting larger cheques, evident from tripling of average deal size in the last 5 years. Speculative ‘Spray and Pray’ tactics are giving way to more focused investment strategy by investors who have matured and learnt lessons from the last investment cycle.

On the other end, the quality of promoters is also improving as the last batch of founders goes back to the drawing board equipped with prior experience of running startups. The promoters’ understanding on what it takes to create a scalable, attractive company and generate returns for investors is much better than what it was in the beginning of the decade. Even the first time promoters take lessons from the stories of the other successful as well as unsuccessful startups to chart out their path .

Demonstration of exit is another important factor. In 2018, the total exit value climbed on the back of Flipkart’s $16.8 billion sale to Walmart sending strong signals to the global LP community that the startup ecosystem can deliver. Their reinforced confidence is evident in many global investors such as Softbank and Temasek-backed Vertex setting up local offices in India. They are also taking larger bets. However, maintaining the exit momentum will remain paramount to sustain this interest.

Lastly, India continues to offer a blockbuster market with an upwardly mobile population and a favourable demographic composition. Internet penetration is growing at a phenomenal pace with over a billion users connected wirelessly and around half of them are online. Last year alone Indians consumed highest amount of data globally. All these factors are changing the way the traditional sectors work and also creating new ones. At the nexus of such tectonic shifts is where early stage investing thrives.

As proven by the developed economies, early stage investors are the financiers of the future – they are the reason why some of the most important companies in the world exist. With these course corrections in place, India is poised to become a breeding ground for many future unicorns. Read more