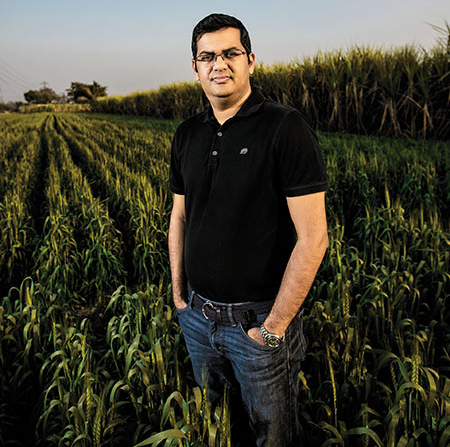 The hunt for green data

As agri-tech ventures rise fast and go deep to solve problems, what are the implications of data harvests for farmers in India?

We have got more than 4 million missed calls on the platform. That’s helping us get data because they are posting specific questions. We have a call centre with more than 150 people, many of whom are farm experts.”
Shardul Sheth, CEO, Agrostar

They call him Thiru. Thirukumaran Nagarajan is 34 and sports a beard. Some years ago, the engineer-MBA grad ventured to explore the ocean we call the internet. Steering and navigating an online business through waves of real-time data are to the 21st century, what whaling was to the mid-19th century: Essential and immensely profitable for those who take to the sea first.

It didn’t work out for Thiru in his late 20s. “His confidence had taken a bit of a beating. But I liked the way he had built it,” says Raghunandan G, co-founder of TaxiForSure (TFS), who hired him in 2014. “It was too early, but the way he thought of the business and built the team was impressive.” Thiru became TFS’s head of mobile products before a bigger fish, Ola, swallowed the cab aggregator.

Thereafter, he ventured into another bloody sea, online groceries, with two of his TFS mates. They didn’t know the voyage would require them to take farmers on board someday. That wasn’t the plan.

Thiru’s new outfit was named NinjaCart, with Raghunandan as angel investor. The founders had built a location-based instant messaging platform for shopkeepers. They used it to link urban customers with kirana or small shops in a sector that had BigBasket, Grofers and PepperTap headlining a clutch of online grocery apps. In 2015, capital was flowing. And the online grocery cannons were firing discounts indiscriminately to attract customers. Read more