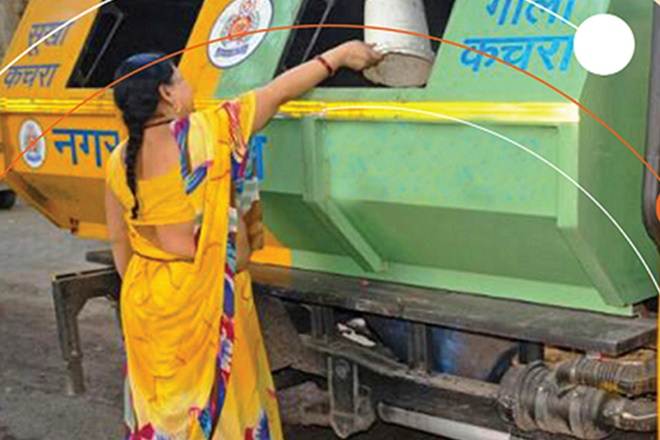 A private company has invested Rs 30 crore under the Public-Private Partnership (PPP) mode by setting up a plant to process 300 tonnes of dry waste through artificial intelligence.

Indore, which has been adjudged the cleanest city in the country three times in a row, has been earning about Rs four crore annually by putting garbage to good use, an official said on Sunday. A private company has invested Rs 30 crore under the Public-Private Partnership (PPP) mode by setting up a plant to process 300 tonnes of dry waste through artificial intelligence, Asad Warsi, the Centre’s Swachh Bharat Abhiyan’s adviser for Indore Municipal Corporation (IMC), told PTI.

With its robotic technology, the plant, spread over an area of four acres, segregates dry waste items like plastic, glass and metal. “As per an agreement, the firm has been paying Rs 1.51 crore premium from its profit to the IMC,” he said. The IMC has been producing compost and bio-CNG fuel from the wet waste, Warsi said. “Besides, the construction and demolition waste is being turned into bricks, tiles and other stuff, which fetches the civic body Rs 2.5 crore annually,” he added.

The IMC has given the task of garbage collection to three NGOs. In the first phase, these NGOs have started collecting dry waste from 22,000 households by paying Rs 2.5 per kg of waste to the house owner, Warsi said.

Besides, these NGOs have been paying a premium to the IMC as per the terms and conditions on which they have been handed over the work, he said. Nearly 1,200 tonnes of waste, comprising 550 tonnes of wet waste and 650 tonnes of dry waste, was being disposed of daily in Indore, which has population of about 35 lakh.

Last week, Indore took a lead in the cleanliness survey 2020 in the country. The survey’s final and decisive lap started on Saturday and will complete this month-end, in a prelude to rank the country’s cleanest city next year.

Union Housing and Urban Affairs Minister Hardeep Singh Puri announced results of the Swachh Survekshan League 2020 (Quarter 1 and Quarter 2) on December 31. In the two surveys (Swachh Survekshan Leagues) carried out between April and June and between July and September last year, Indore emerged as the cleanest city of India. The result of the survey conducted from October to December is yet to be announced… Read more