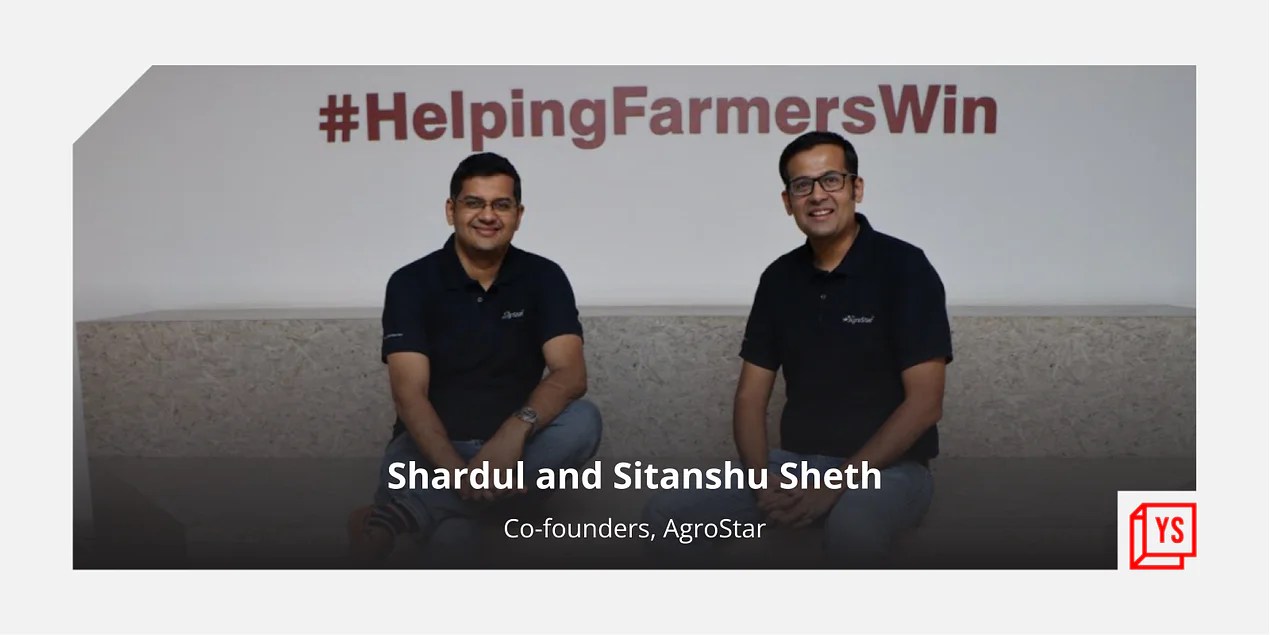 Mumbai, April 08, 2022: Recently Your Story did an in depth story on Aavishkaar Capital Investee AgorStar which shed light on their journey, their future plans and how they are changing the landscape of agtech, while empowering farmers, in India.

Started with an initial investment of Rs 10 lakh to build a platform for farmers, agri-inputs ecommerce startup ﻿Agrostar﻿ plans to empower 25 million Indian farmers in the next three to five years.  AgroStar claims to be a one-stop-shop for all agri solutions, providing farmers with pre- and post-harvest consultation, helping them achieve higher yields with low input cost.

The startup recently marked its entry into the global food supply chain with the acquisition of INI Farms, the Mumbai-based exporter of F&V crops like bananas and pomegranates. It also raised $70 million in Series D funding in December 2021, led by marquee investors to increase their reach to farmers and expand to new markets in India.

AgroStar claims to have witnessed rising growth and operational profitability from its omni-channel strategy implemented during the COVID-19 pandemic. The startup has 2300+ stores currently and it is planning to scale to 9000 AgroStar branded retail stores by the end of FY 2023.

“We have created a platform that provides farmers with easy access to good quality agri inputs and scientific advisory,” says Co-Founder and CEO Shardul.

With over 18 million farmers served, AgroStar says it operates over 7,500 pin codes across India with 2,300 stores. The startup has a commerce model where it sells input products — seeds, fertilisers, and crop protection materials among others — from various brands on its platform and monetises by the spread of margins which varies from product to product.

“With strong growth levers in place, we will grow by 3X in the coming fiscal year,” adds Shardul.

With two online platforms to access, farmers connect with AgroStar for agri inputs and advisory by either calling their agri doctors at the Agri Advisory Centre, which is a call center based service or through the AgroStar Android app, available to download for free from the Playstore.

The delivery of agri inputs is facilitated by its last-mile delivery network of more than 300 partners and today it is facilitating the agri-input supply chain until the last mile, the startup says.

The seeds of growth

Shardul tells YourStory how the startup zeroed-in on its problem statement.

“When we started off, the primary pain point we identified was the lack of high-quality agri-inputs. However, as we took our products to market, farmers started calling us on our toll-free number to understand the application of the products and other agronomy queries, and we quickly realised that the larger problem was the lack of knowledge,” he says

Farmers were dependent on their local community or their agri-input retailer, and hence they rarely got the right guidance, as per Shardul. This is what led to AgroStar’s inception in its current avatar.

“Our AgroStar journey began from a 100 sq ft office in Mumbai. Soon enough we decided to move to Pune after realising that we needed to be close to the market, bootstrapping the project ourselves,” he says

The co-founder says the startup’s content-led strategy has paid off.

“Today, AgroStar farmers are more equipped with information and knowledge around crop care, nutrition management, scientific practices to prevent pest and disease infestation and instant guidance from AgroStar agri doctors at any point in time either through a call, virtually through the app or by walking into and AgroStar retail store.”

Another advantage with AgroStar is the home delivery of agri inputs to the doorstep of farmers.

“Our last mile delivery network has inadvertently also generated employment opportunities at the rural level with local micro entrepreneurs getting associated with AgroStar to deliver products within their preferred taluka, thereby giving them a lucrative opportunity to earn income,” he states.

The Agri Advisory Centre, which the startup claims to be the largest in South Asia in the field of agriculture, employs more than 500 agri graduates/postgraduates.

For retailers, AgroStar enables businesses to sell under its brand name, leading to end-to-end solutions for farmers.

Shardul started his career with PwC Consulting in Mumbai. Post his MBA from the Rochester Institute of Technology, Shardul got an opportunity to work with a consumer electronics retail brand in the world, BestBuy in the USA.

Sitanshu started his career with KPMG India, where he worked on several business consulting and due diligence projects. Having always wanted to work to create impact, he decided to start up in the agriculture space where he could see great potential for disruption.

It was then that they quit their respective corporate jobs to start up AgroStar and solve problems for farmers.

The startup currently has a team of1,500 employees.

The favourable impact of the initiatives in the agritech space is expected to peg the market valuation at $30-35 billion by 2025. The agri-input and output market is over $350 billion, which is the larger opportunity for disruption.

According to the Bain & Company and the Confederation of Indian Industry (CII) report, private equity investments in the agritech industry have been increasing exponentially over the last few years and expect to get over $500 million of new investments in the next few years.

“Our platform is easy to use for the Indian farmer and adds real value on the ground for them. We believe that this is just the beginning and we foresee massive growth opportunities with the acceleration in digital adoption by 140 million+ Indian farmers over the next few years,” Shardul comments.

AgroStar competes with the likes of Unnati, Gramophone, DeHaat and a few others in India.

“We started with the initial investment of Rs 10 lakh and then over a year as business increased, promoter investment went upto Rs 50 lakh. We raised our first round from Aavishkaar after this.