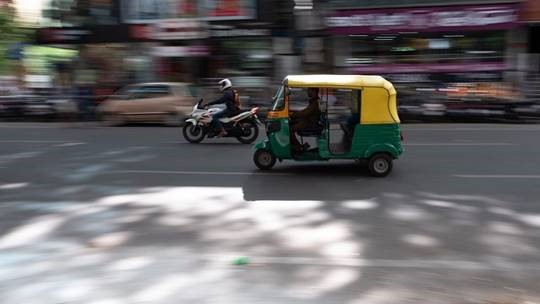 The story quoted the Partners of the Fund and shared details of the new fund and the overall impact Aavishkaar Capital is aiming to achieve.

Impact investment firm Aavishkaar Capital has held the first close for its latest India-focused venture capital fund, top executives told DealStreetAsia.
The firm has raised $130 million for Aavishkaar India Fund VI so far and plans to hit a final close at more than $200 million in the coming year. The impact investor plans to announce the first investment by its latest India fund soon.
Aavishkaar India Fund VI will mainly invest $3-5 million per deal in Series A to growth-stage companies. It plans to close 4-5 investments over the next 12 months and a total of 13-15 deals in the next three years.
Aavishkar Capital, which has been investing in India for the last 15 years, plans to double down on sectors such as financial inclusion, sustainable agriculture, climate tech and essential services with its latest fund.
Aavishkaar India Fund VI is also set to be the first 2X Flagship Fund in Asia. This means it will apply a gender lens to its investment strategy with the objective of building a portfolio with at least 30% of the investments being 2X eligible.
The 2X Challenge was launched by the development finance institutions (DFIs) of the G7 nations, including DEG and FMO, and seeks to raise $15 billion for gender-lens investments. It aims to provide women in developing countries with improved access to leadership opportunities, quality employment, finance, enterprise support and products and services that enhance economic participation and access.
“We will continue to invest in sectors we are familiar with such as agricultural supply chains, fintech/insurtech, cleantech and waste tech. The cross-cutting themes in this fund are gender and climate. We are the first fund from India to be recognized as 2x Flagship Fund by our anchor LPs, which means we will be looking to incorporate diversity across our investment teams and portfolio companies,” said Aavishkaar Capital partner Sushma Kaushik.
Limited partners (LPs) or investors in Aavishkar’s latest fund include British International Investment (BII), which was formerly known as CDC Group; Swiss Investment Fund for Emerging Markets (SIFEM AG); Fund of Funds for Startups (FFS), which is managed by the Small Industries Development Bank of India (SIDBI); and Self Reliant India Fund (SRI Fund).
Aavishkar Capital is also looking at launching a climate-focused fund later this year that will target international markets Aavishkaar Capital holds first close for latest India fund at $130m.
“We are looking to supplement our fund portfolio with a dedicated fund for nature-based solutions which will be launched later this year with a wider geographic mandate,” said Aavishkaar Capital Partner Tarun Mehta.
Amid a global market correction, Aavishkar Capital remains bullish about domestic pools of market opening up. It is also optimistic about generating exits for its portfolio companies via public market listings and trade sales.
In recent times, five Aavishkaar portfolio companies have either gone public or are in the process of doing so, Kaushik said.
The firm is also witnessing growing interest among large corporates to make strategic acquisitions. Last year, it exited its investment in millet-based foods brand Soulfull following an acquisition by Tata Consumer Products.
The impact investment firm currently manages six India funds and two international funds including a recently announced $250-million ESG vehicle. It manages capital in excess of $500 million and has completed 62 investments and 38 exits in India.
Aavishkaar’s LPs are largely development finance institutions from Europe and India. The firm also counts US pension funds, philanthropic foundations, high net worth individuals (HNWIs) and family offices among its investors.