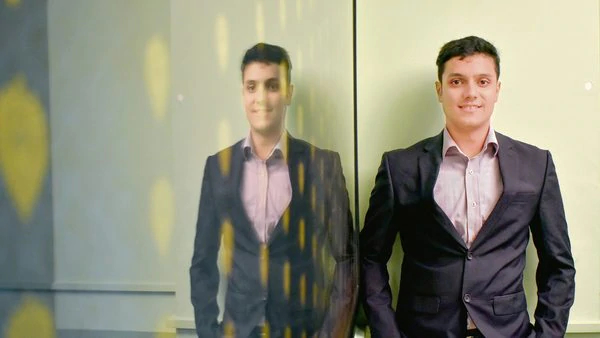 A clutch of entrepreneurs in the food and entertainment sectors are trying to turn zany ideas into sustainable businesses, and draw investors and mentors.

When Prashant Parameswaran moved to Bengaluru from the US nine years ago, he was mulling over a business idea: popularizing Indian grains like ragi (finger millet) and turning them into foods of choice for millennials. The idea was partly inspired by the two years he’d spent working at market research company Information Resource, Inc., in Chicago.

“Having spent hours watching consumers buy products, I realized that they were on the lookout for low sodium, healthy options,” recalls the 39-year-old. “This in the land of tinned foods. It got me thinking of traditional Indian grains like ragi and their intrinsic benefits,” he says. The traditional preparations of millets, however, were an acquired taste. So, after a lengthy R&D process, he decided to sell ragi flakes under the brand Soulfull produced by Kottaram Agro Foods Pvt. Ltd, a company he launched in 2011.

Similarly, former colleagues Anurag Dalmia and Gautham P.B., both 39, wanted to disrupt the way people bought fresh produce in 2014 when the concept of organic food hadn’t really caught on. While working at multinational company GE, the Bengaluru-based duo often discussed the use of pesticides in vegetables and fruit and their effect on people’s health.

“We decided to deliver organic vegetables and fruit to people’s homes despite knowing the huge trust deficit in the organic sector,” says Gautham. Leaving cushy jobs for a nascent concept was a leap of faith, he says. They set up Healthy Buddha in 2014, after spending 12 years in the corporate world both in India and abroad.

Parameswaran, Dalmia and Gautham are among a handful of entrepreneurs who have built sustainable businesses from offbeat, even zany, ideas because they felt there was a gap in the market.

Take gifting, for instance. Till Book My Balloons arrived in 2014, there was no way one could gift balloons to someone by just placing an order online or over the phone. Ashwin Kannan, chief happiness officer at Book My Balloons, got the idea when he couldn’t find anyone to deliver balloons to his mother. “It was an easy concept and I relied on word of mouth,” says Bengaluru-based Kannan, who quit an HR job at Accenture to start the venture with ₹3 lakh.

Another idea that wasn’t mainstream was Abhay Rangan’s concept of selling vegan products like peanut curd and cashew oats milk. He started out by going door-to-door selling plant-based milk his mother made at home. In 2017, he turned it into a startup, Goodmylk, after receiving investment from a Texas-based vegan angel investor. Rangan, a 21-year-old animal rights activist, who quit engineering college to start Goodmylk, says his goal is to make plant-based food a household habit.

Selling an offbeat idea, however, comes with its share of challenges. For instance, how would one know if what is tagged organic is really organic? The founders of Healthy Buddha realized that the only way to address such doubts was to talk of their own food philosophy. Both spoke of the importance of keeping their families healthy and away from pesticides.

Healthy Buddha organizes farm visits for customers, farmers’ markets, and workshops on growing organic vegetables. “It’s a volume business and the margins are thin,” says Gautham, who says their startup has seen year on year revenue growth of 80%.

Parameswaran of Soulfull, too, had a hard time convincing customers as well as retailers about his product. “Ragi is not eaten across India. For the first four years, we were out every weekend, organizing sampling sessions in parks, supermarkets and schools,” he says. The hard work paid off, he says, adding that revenue growth has doubled in the last financial year.

Rangan of Goodmylk and Kannan of Book My Balloons, on the other hand, had it easier because their unique products instantly found an audience.

“My products are not the expensive artisanal kind and can be used just as you would use dairy products,” says Rangan. The price of one litre of cashew oat milk is ₹120, a product unique to Goodmylk. “We see a 25% increase in revenue growth month on month,” says Rangan.

While Kannan didn’t struggle to find customers, the challenge has been to build his brand and create instant recognition for it. “I’d like it to be as well known as BookMyShow, maybe,” Kannan says with a laugh. In the last financial year, the company’s revenue was over a crore of rupees, he says.. Read more