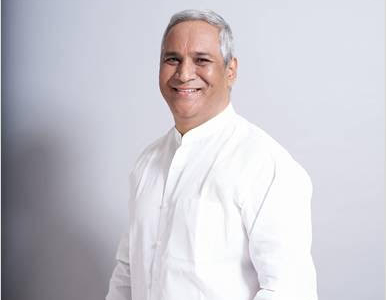 Can Aavishkaar go where angels (and VCs) fear to tread? Interview of Vineet Rai, Founder and Chairman, Aavishkaar Group in The Ken

Mumbai, 13th April:  Recently The Ken interviewed  Vineet Rai , Founder and Chairman, Aavishkaar Group on how India’s best known impact investor is raising the world’s largest carbon-only fund, which will sequester carbon in trees and give returns to its LPs in Carbon.

Through the interview, the Ken finds out, what does Vineet Rai know that the EU and World Bank don’t ?

Trees can cool the planet. They can also buy us some time. Or can they?

Last week, some banner news neatly aligned on an arc that was quite revealing.

India’s largest impact investor, Aavishkaar, raised its latest fund. Sized at Rs 1,000 crore ($130 million), Aavishkaar says the fund will “also focus” on climate. But when I spoke with Aavishkaar founder Vineet Rai, I learned that it will only “opportunistically” invest in climate-related ventures.

However, there’s a bigger, and I must add, more interesting fund that he is raising. If all goes well, by December this year, he will launch the US$300-US$500 million Carbon First Fund. Which, you guessed it, will deal with carbon units even while returning capital to its investors. Meaning, investors will get their returns in carbon units unless they specifically ask for cash.

Meanwhile, in the rich world, the punt on capturing carbon grew bigger. Climeworks, a Switzerland-based D2C (direct-to-capture) startup, raised US$650 million from a bunch of professional and corporate investors. One of the few companies in the world to capture CO2 from air and inject it deep underground for permanent storage, Climeworks’ scale is very modest today—4,000 tonnes of carbon captured per year, which is equivalent to the Co2 emissions from 600 EU residents.

Finally, if you missed it—or consciously avoided it, for which I wouldn’t blame you—the UN’s Intergovernmental Panel on Climate Change (IPCC) released its third report on climate change. This time, with many solutions for mitigating its impact. Among other things, the report says greenhouse gas emissions must peak by 2025. That is, we have just about 30 months to keep the hope of limiting warming at 1.5°C above pre-industrial levels alive.

So, Aavishkaar’s timing is right.

But what else does Rai aim to get right, knowing that most carbon credit schemes so far have oversold and under-delivered?

Focused on humans, Aavishkaar was started 21 years ago “with the idea of making the poor rich”.

A lot of its social impact investments over the years can be categorised as climate change-alleviating investments, but Rai is quick to dismiss this. For instance, he says, the fund invested in a waste-recycling startup called Nepra not because it was good for the climate, but because it wanted to help ragpickers.

But in the last few years, Rai and his team have seen climate change un-doing much of their social impact work. “It was like we were building a sandcastle which was getting washed away by the waves,” he says. Since the fund also has a microfinance unit, Arohan, Rai could see that states such as Orissa and Bihar had to deal with cyclones and floods every other year. Insurance provided relief to an extent, but farmers faced enormous damage.

What they started realising, he says, is that however much work was done on the human side, the damage from the climate is now “sustained” and consistent.

Rai went back to the drawing board. The goal was to figure out ways in which the fund could intervene with climate change “as its first port of call”. But the work would still be impactful.

“The more time we spend, the more we realise that the best tech in the world to clean up carbon is to plant trees, it’s way superior than anything Elon Musk can consider”

Today, Rai says Aavishkaar is more than half way to raising a large fund—which it claims is the largest carbon-only fund in the world—that could be anywhere between US$300 million and US$500 million.

His math goes like this: it costs US$4 to grow a tree in India versus US$16-US$17 in Europe. The carbon credits that a tree can fetch would be between US$12-US$50 depending on the type of sequestration that is required, and the market is going to grow exponentially. Rai says that 15,000 global companies “declaring to become carbon-neutral or net-zero in the next two-three decades” will create an acute supply crunch for negative carbon emissions.

In principle, he is right. The new IPCC report says ecosystem restoration—which includes afforestation and forest cover restoration—has the maximum potential to mitigate climate change. Yet, it has received the least amount of venture capital investment globally.

While the chart above reflects global trends, India is no different. As we wrote earlier, in the 22 months up to November 2021, 66% of all the investments in India in the name of climate tech (or clean tech) went into electric vehicles and mobility, which has the least impact on carbon dioxide reduction. Yet, risk capital continues to flow into e-mobility. (If you’ve watched electric two-wheelers go up in flames and are wondering why everyone and their aunt got on the EV gravy train, you have company.)

Some VCs tell me risky and transformative climate tech investment in India is a few years away.

“Why should private investors fund this? Money is not for doing good, it is for making more money,” Rai quips. “But there are fools like me who will do it. You need to create a crop of dumb idiots who have other priorities than just making money.”

But it’s not like such projects are exactly new in India.

Planting trees for concerted carbon removal is at least a decade-old practice. India, in fact, has the largest share of such projects globally at 28%—or 19 out of the 67 initiatives worldwide that are registered as afforestation/reforestation clean development mechanism (A/R CDM) projects.

Incidentally, last year, a series of studies poked holes in not just Indian carbon credit projects but also some high-profile initiatives globally. This also includes one in California in the US which over-counted how much carbon was being sequestered due to forests.

In India, a 2021 study by IIM Lucknow professor Ashish Aggarwal into two such large forest carbon projects showed that both have failed to sequester carbon in line with initial estimates. In Haryana, just 37.45% of the projected target was sequestered in 12 years; in Himachal Pradesh it was only 3% after nearly 14 years. The two projects are being supported by the European Union and the World Bank, respectively.

On the three stated key objectives—mitigation of global warming, improvement of local environmental conditions, and livelihoods of local communities—neither project can be called successful.

When I asked Rai about this study, he seemed unaware, but he also appeared unfazed by the findings. In government-backed projects, he says, funds are generally misused. “The role of our fund will be to direct capital to trees. Because this is the only thing that will save you.”

Aavishkaar’s idea is to bring professional services and expertise to afforestation and reforestation programmes. For instance, if someone wants to make the mangroves in Mumbai denser, the fund would bring in capital and work with the state forest department to rope in professional capabilities for management and measurement.

There’s nothing complicated in growing trees, it will reduce carbon, Rai says emphatically. As a trained forest professional, he is putting money where his real-world experiences lie. And he says he will get “very long-term” capital to the poor of Asia; it’s going to be a 15-year fund, not the regular seven-year fund that most investors work with.

Rai has seen up-close what can be achieved in the long term. “When we first did microfinance in 2002, India’s total outstanding was Rs 100 crore (~US$21 million then), today it’s Rs 300,000 crore (~US$40 billion). Banks used to laugh about microfinance, today RBI doesn’t tire of talking about it. It has happened in front of my eyes,” says Rai.

When he made the first agri-tech investment at Aavishkaar in 2008, “people fell off their chair”. Today there are 700 agri-tech companies in India, he says.

The world has to get on an accelerated path to carbon reduction. For the last 20 years, climate remained a global discourse on policy; it was never a capital discourse. That changed with the COP26 summit in Glasgow, Scotland. “Now there’s a serious acceptance that it has become a capital discourse. In the next 10-15 years you will see significant change,” says Rai.

Never underestimate the power of an investor, especially an impact investor. Let’s just say the optimism is Greta Thunberg-esque.

What caught our eye

Of the 76 economies ranked on their readiness for a low-carbon future, Europe leads the pack with 16 countries in the top 20. India is among the laggards and is one of the 20 countries that are making uneven progress.

To read this in depth interview in The Ken: Click Here