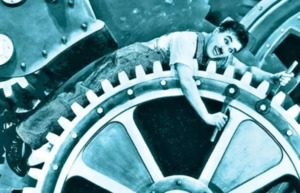 Tumultuous times can provide the much needed causal platform to act on problems that have simmered for long, but probably haven’t boiled over yet. So, does this tumultuous period offer an opportunity to critically assess one large problem the world has been facing for long and its direct consequence? The problem is that of capitalism gone astray. Not yet boiling, but approaching state change temperature.

Since April – Apple, Google, Facebook, Microsoft and Amazon have amassed valuations of $7.7 trillion – that’s up by nearly $3 trillion in less than five months. This is impressive. The markets can reward outlier businesses with outlier valuations. Question is what really is the framework of the markets to shower rewards – seems like it is but uni-dimensional, with only a single focus on a single bottomline. No triple considerations, no wider stakeholder, nor wider impact on the world and the human race come into play. Just a single number apparently distilled from the present value of the future.